SHARON MCHUGH has been actively involved in Community Theatre for almost 40 years and she has supported, in varying behind the scene roles; Vermont Theatre Company, AIDS Services - Just Desserts, Actors' Circle Theater, Jeff Stout Concepts, Inspirational Improv, Branch River Theatre, Keene Lions Club and Small Pond Productions. In September 2008, she directed the musical video of Small Pond's Amelia Rules! based on the characters created by award winning cartoonist Jimmy Gownley with music created by Fuzzy Logic's resident musical genius Michael Cohen. Having been considered an honorary board member of Small Pond for several years, it was made 'official' when she was formally invited in December 2010. And it's been a joy working with such a group of wonderful people.

RICH BOOTH . . . since being established in 2005 it is satisfying to see how far we have come as an organization. We have been privileged to present a vast variety of different productions from original musicals and variety shows written by local talent, to award winning theatrical classics. We at Small Pond strive to deliver quality theatre entertainment to the region while at the same time being able to share this enjoyment with the vast pool of theatre addicted people in the Monadnock region. Thanks for supporting community theatre and Small Pond. 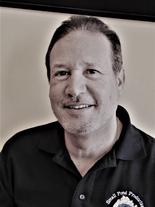 TARA GILLARD  has been a Small Pond Board member since 2018. Tara’s first play with Small Pond was back in 2000 in the production of Steel Magnolias. She has been fortunate to be a part of these productions in some form or another ever since her debut. Tara is on the Board with her father John Sansone and loves every moment she gets to spend being creative with him. Her daughter Olivia also acts in many of the productions. Tara loves the tradition of being in the Christmas show each year with her father and daughter…it is truly special. Each production is a different script, set, director and cast but what remains the same is the passion, dedication, and respect of all the players. When you are part of Small Pond, you are a part of a family that can put on amazing shows and have fun in the process! Tara is proud to be part of this group and bring arts to the community. She thanks all that support community theater. 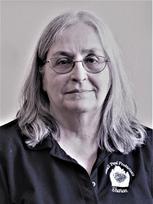 BRYAN HEBERT - Holy Wha! Bryan’s first Small Pond show was a matter of circumstance, and possibly a bit of luck, as he literally walked in to a read-through for the first read-thru in October 2008 for the very first year of A Christmas Carol. He was cast as Young Scrooge during that read-thru, and the rest is history! Since then he has reprised the role every year, and is pleased to be able to continue that role year in and year out. In fact, it was during ACC’s run in 2012, during a late night at the Theatre working out set issues, that he was asked to join the Small Pond Board.
In addition to A Christmas Carol, he has been cast in Joanie's Phone (2011), The Glass Menagerie (2011) and Escanaba in da Moonlight (2012). He has also acted as sound designer for The Honky Tonk Angels (2013). Outside of Small Pond, he has appeared on stage with Branch River Theatre, his hometown Antrim Players, Keene Lions Club, and Actor’s Circle Theatre. He looks forward to many years with the Small Pond family – on and off the stage – and hopes to continue to help Small Pond bring the very best in Theatre Entertainment to the area.

DAVID CHASE has enjoyed performing in many theatrical productions since his first Lion's Club show 20 years ago. He sings in his church choir, the Keene Pops Choir, and The Yankee Male Chorus. When he isn't acting or singing he enjoys rehabbing old houses, reading, and hanging out with his grandchildren. 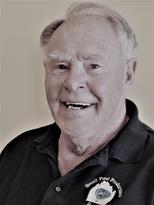 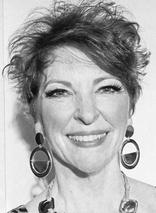 SUE WILBUR joined the Small Pond family in 2016 when she appeared in the musical production of "The Best Little Whorehouse in Texas". She has been a board member since 2019. As a child, Sue would write and star in her own productions and has been hooked ever since. She has appeared in several Small Pond Productions and is grateful to be associated with a wonderful fun loving organization.

SVEN SVENSON ...For those of you who are familiar with SPP you will recognize Sven Svenson. Sven is a veteran performer for all of the SPP performances. Now some think that he is a bit limited in his performance the words "stiff" and "wooden" have been used but that being said he has never missed a rehearsal and he is always the first to be off book for any given performance. Sven is always a director's favorite as he never complains and will take any role offered. As many of you regular SPP theater-goers know Sven can always be seen on stage, but sometimes he is a little hard to find as Sven loves a challenge, so see if you can pick him out in this production (The Glass Menagerie). Sven, like SPP, thanks all of our wonderful followers for your continued support of the arts, without you he would be just another stiff!!!!

JOHN SANSONE has been a Small Pond Board member since its inception.  He has been fortunate enough to have been part of regional theater for a number of years. Some of those past highlights have been;  performing in and directing a number of the Lions Club shows, Co-directing a number of the  Aids Services -Just Desserts shows, performing and directing with Actors Circle Theatre , a member of the Variations a 50’s, 60’s singing group and performing with Branch River Theatre.
Continuing the theatre experience is important to John. He credits Small Pond with the ability to provide numerous performing opportunities to community performers of all ages. It has been wonderful to watch it grow over the last decade. And to secure its continued growth and presence, John is happy that his daughter Tara Gillard was invited to become a Board Member of Small Pond.  John will gladly tell what an amazing journey it has been from that 7 year old boy, who was forced on the stage, by the Sisters of St. Joseph, to play a wise man in the Nativity scene to annual Small Pond performances. Here’s to the future of theatre………………

TRACI BOOTH has been on the theater scene in the Monadnock region for many years, and is an original founder and board member of SPP. She is very proud at the success of SPP and seeing the dream realized. She hopes for SPP to continue for many generations to come.
​ 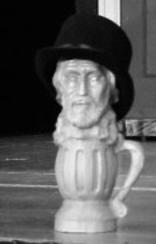